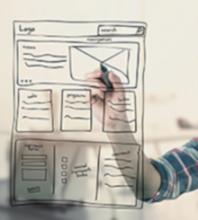 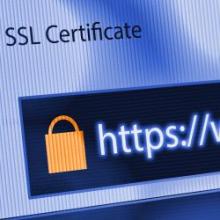 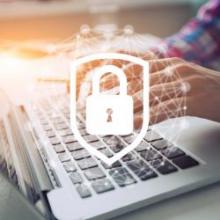 Need a Website--Hire a Professional or DIY?

November 9, 2017
Your business needs a website. ​ If you're not convinced of that, consider what a 2016 report from the Pew Research Center says about American consumers: 65% compare online and in-store prices before buying 84% think it is important to be familiar with sellers they buy from 74% think it is important to be able to read online reviews from other people who have purchased a product before buying 45% have used cellphones while shopping in a store to look up online reviews or to compares prices Your customers are online, so your business must be there too. So what are your options?
Read more >

September 26, 2017
Which word best describes your web presence:      site—noun, place or location      solution—noun, answer to a problem We think you deserve a web solution, not just a site. A great web solution is like a puzzle. The pieces are made of superior web development combined with top quality hosting services. If a piece is missing, your web solution will be incomplete. Some part of the problem will remain unsolved. But when all the pieces come together and the puzzle is complete, both you and your customers receive the greatest possible benefit. That's why we've chosen to host the sites we develop on Amazon Web Services (AWS). AWS offers features common to enterprise class implementations at prices that save money for our clients.
Read more >

How to know if your website needs an update

August 22, 2017
Can a website get worn out? That may seem like an odd question, but it's worth asking. Stay with me. Let's make a comparison. Suppose you could buy just one car and drive it for the rest of your life. No major maintenance or repairs—just fuel it up and drive. Sounds pretty good, right—especially if you're imagining a now-classic car worth a hefty price. But the reality is that you'd probably be puttering down the road in something like this boxy '57 station wagon, with people passing you and yelling at you for holding up traffic. (Disclaimer: I disavow any knowledge of the origin of this picture, taken right after dad bought this car, or of those weird-looking kids in the back.) Even if the car didn't wear out, it couldn't keep up—not with today's traffic, not with what today's cars have to offer, and certainly not with today's style. Your website may not be keeping up. Cars have changed. Technology has changed even more! Look at just a few of the most important changes—the reasons why your website may need an upgrade. Then we'll look at a few simple ways you can check your website to see whether an upgrade is needed.
Read more >

July 25, 2017
A non-profit needs a unique kind of website.     Each non-profit is different, but most of them need to . . . Raise awareness Recruit volunteers Promote communication Publicize events Raise funds So a non-profit website must be multifunctional; it requires greater versatility than most business or corporate sites.
Read more >

Why we use Drupal--Only the Best for our Customers

June 22, 2017
Drupal is a content management system (CMS), a set of software applications and programs used to create and manage digital content. Drupal isn't the easiest system for developers to learn or use, but we're convinced it delivers the best results for our customers. Why we choose Drupal 1. Security Drupal developers are dedicated to high-quality, standards-based code. Every line of code in the Drupal core is "meticulously scrutinized" and revised "dozens, if not hundreds" of times to meet quality and security standards. What does that mean for you? We develop your website to the highest standards of quality and security. We're familiar with other CMS options; we've had to solve security problems on sites built with some of them. We trust Drupal. So do Cisco, Dartmouth, Harvard,  Pinterest, The Red Cross, The United Nations World Food Programme, and thousands of....
Read more >